Since President Biden took office, Americans have struggled to pay President Biden’s inflation tax. Real wages have fallen 5.1 percent, with families spending $3,500 more last year and $5,900 more this year for the same goods and services. In the latest version of Washington Democrats’ budget reconciliation plan, the so-called Inflation Reduction Act, Democrats are breaking with President Biden’s pledge not to raise taxes on Americans making less than $400,000 – and in a big way: 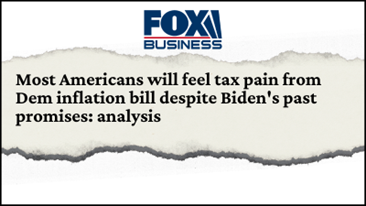 According to a Joint Committee on Taxation (JCT) analysis, at least half of the new tax burden will be borne by Americans making less than $400,000, and roughly $17 billion worth of new taxes would fall on those earning less than $200,000. 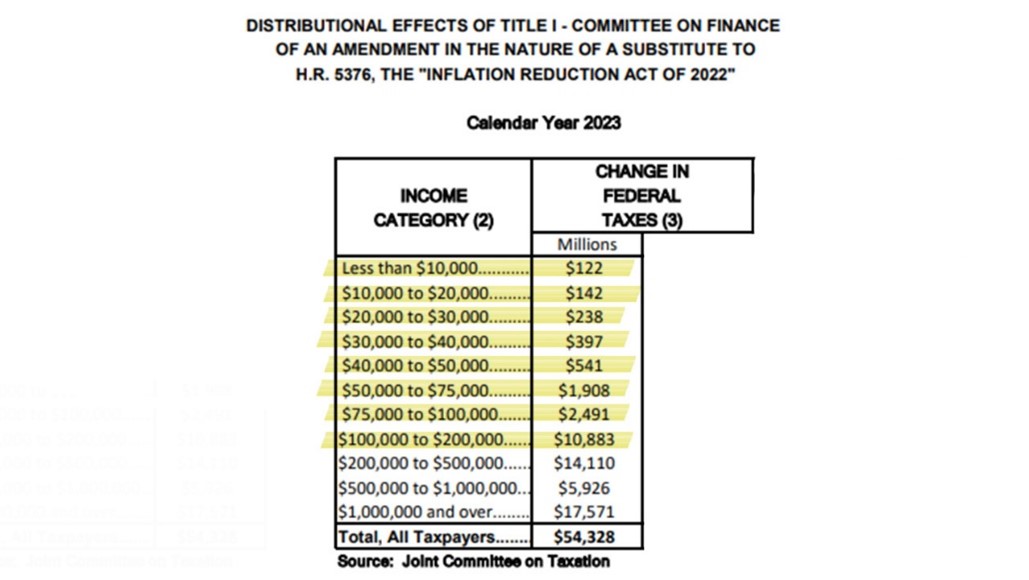 Rather than raising taxes, Democrats should be cutting spending. Under current tax policy, thanks to the Republican-passed Tax Cuts & Jobs Act (TCJA), the federal government is bringing in plenty of revenue. Tax revenues for 2022 so far have surged 25 percent and are still on pace to exceed $5 trillion, a historic level. Tax revenues for 2022 have far exceeded the Congressional Budget Office (CBO) projections made for 2022 not only post TCJA, but even before its passage.

Washington Democrats should take their own advice and not raise taxes during Biden’s inflation recession:

The American Economy is in Recession under Joe Biden

Chairman Arrington: We Will Not Let Politicians Bankrupt Our Country and Destroy Our Children's Future

Arrington Selected to Serve as Chair of House Budget Committee