Today, during a House Budget Committee hearing on government investments in early childhood, Republican Leader Jason Smith (MO-08) blasted Democrats for their failure to take seriously the current economic turmoil caused by reckless Washington spending, and its dire impact on American families. During his opening statement, Smith warned that the fallout from Democrat policies – including rampant inflation and a looming recession – is the biggest threat facing children and families:

“America is on the brink of a recession, which would do more harm to families than anything else we could be discussing.

“Inflation has risen 13.8 percent since Joe Biden took the oath of office. That means families are spending more money on clothes for their kids and food to feed them.

“Our economy shrank 1.6 percent first quarter of this year, and current forecasts show that this quarter it shrank again. Twenty five percent of Americans are reportedly postponing their retirement because of financial concerns. The average family will spend over $5,000 more this year just to make ends meet.

“The labor force participation is also down, and we still have over 11 million job openings – due in part to the Democrats’ decision last year to remove work requirements from the Child Tax Credit.

“The Federal Reserve has raised interest rates at the fastest rate in 40 years to combat Biden’s inflation crisis. The rate on a 30-year fixed mortgage is now double what it was before Joe Biden took the oath of office.

“A looming recession – brought on by the reckless economic policies of this Administration and one-party Democrat rule in Washington – would be particularly painful for the parents and kids this hearing is supposedly focused on. Looking at the most recent recession from 2007-2009; we lost 9 million jobs. 10 million people fell into poverty, including 3 million children. We can’t just ignore this problem and hope it will go away.” 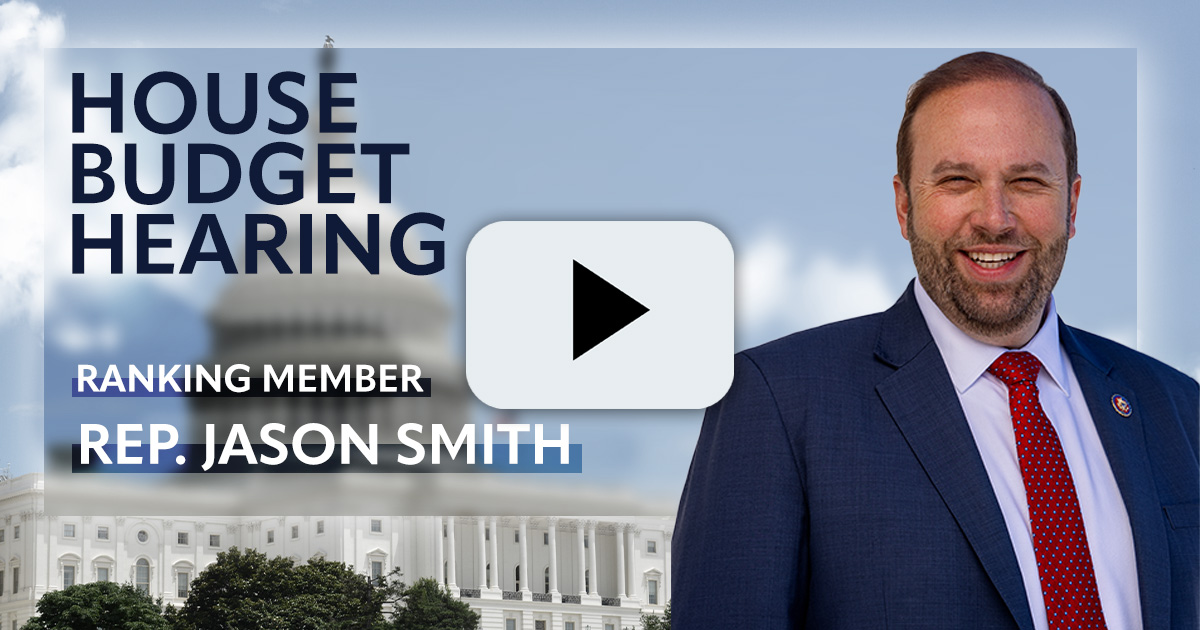 Instead of examining the issues within the Committee’s jurisdiction that are currently impacting children and families, such as rising interest rates, record inflation, and the revived Build Back Broke reconciliation bill, House Budget Democrats used today’s hearing to push far-left child care policies that would increase spending, lead to increased costs for middle-class families, take control away from parents, and which devalue the importance of work.

In their American Rescue Plan Act enacted last year, Washington Democrats stripped away work requirements from the Child Tax Credit, essentially paying people not to work. As a consequence, the American labor force recovered just 1.6 million workers in all of 2021. In just the first two months of 2022, after the Democrats’ no work Child Tax Credit policy expired, 1.7 million Americans returned to the workforce.

“What works is having the maximum number of able-bodied Americans going to work. We should be connecting all government aid to work, except for the most severely challenged. Further, given advancements in technology and communication, we should reassess and update what able-bodied means…..What works is having strong families who have enough take-home pay to make their own decisions about how their children are educated – and who is taking care of them.”

Watch former Speaker Gingrich’s opening statement here or click on the image below: 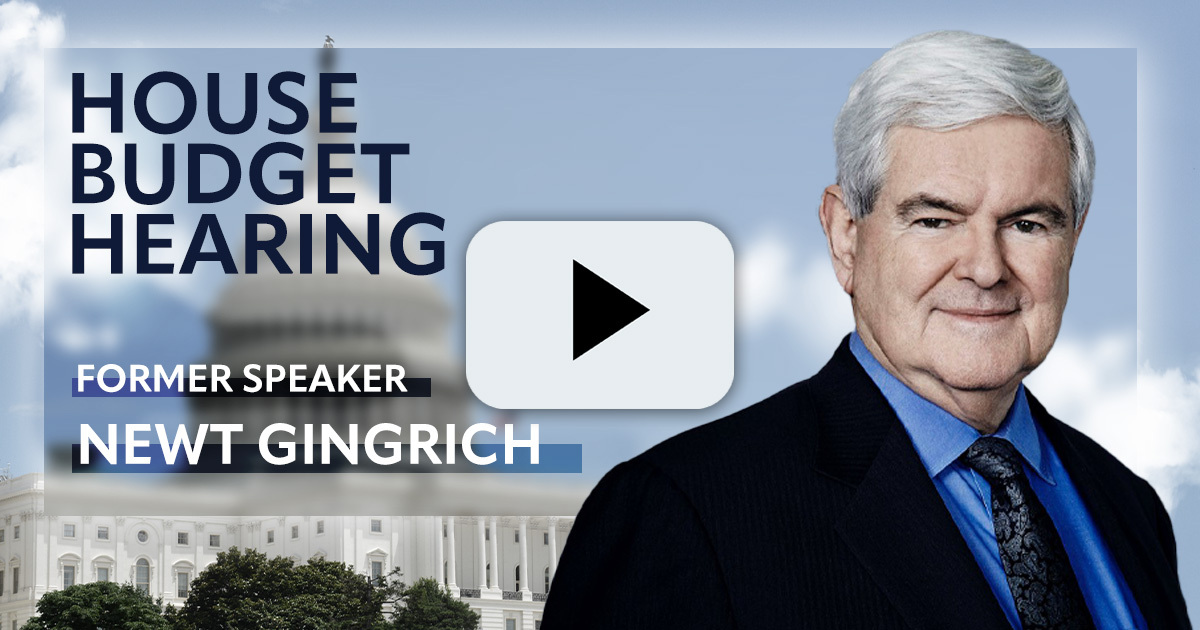 During Gingrich’s tenure as Speaker, Congress passed welfare reforms that added a work requirement and successfully helped lift families out of poverty. In his testimony today, former Speaker Gingrich made it clear that paying people to do nothing only encourages people to do nothing, which is why “it is very important to reestablish a work ethic”: 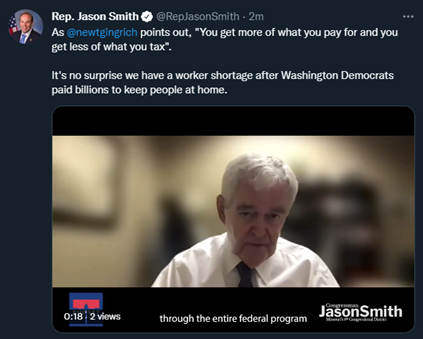 Given that a recession brought on by Biden’s inflation crisis will only make the pain worse, Republican Leader Smith asked former Speaker Gingrich to share his thoughts on how the current economy is affecting families and children: 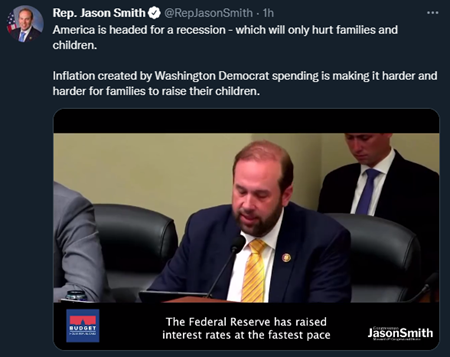 For parents, skyrocketing prices are making it difficult to afford even the necessities for their children. Former Speaker Gingrich blasted attempts by Democrats to increase spending during a time of record inflation which would lead to higher prices and more pain for families:

“Given the current rate of inflation, the idea we ought to plow more money into the system is an almost suicidal act of hubris.”

Click here or on the image below to watch: 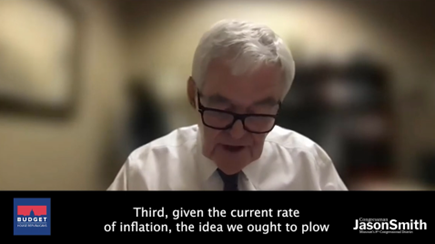 Chairman Arrington: We Will Not Let Politicians Bankrupt Our Country and Destroy Our Children's Future

Arrington Selected to Serve as Chair of House Budget Committee